THE HISTORY OF WARNE MANUFACTURING COMPANY

The history of Warne Manufacturing Company goes back to January of 1947 and to Adelaide, South Australia. On that date, John Llewellyn Warne, (known to his friends as Jack), with the help of a partner founded a little company named Sporting Arms Limited. Its goal was to manufacture rifle barrels.

Australian soldiers who had returned from World War II wanted to convert their Lee Enfield military rifles to sporters. This conversion required a .22 or .25 caliber barrel. The 303 British round was just too heavy for Australian game. From experience gained during the war, Jack Warne designed and built the machines and tools required to make these barrels. Sporting Arms Limited boomed and its product line over time became a full line of sporting rifles and shotguns. 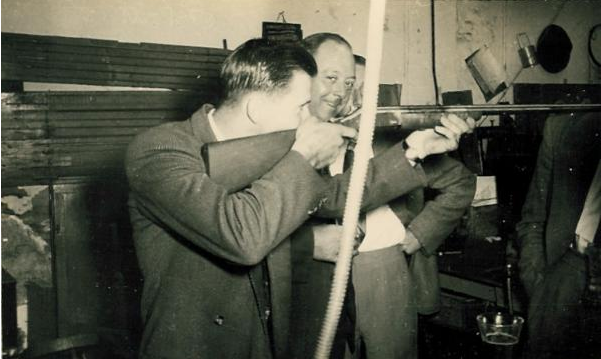 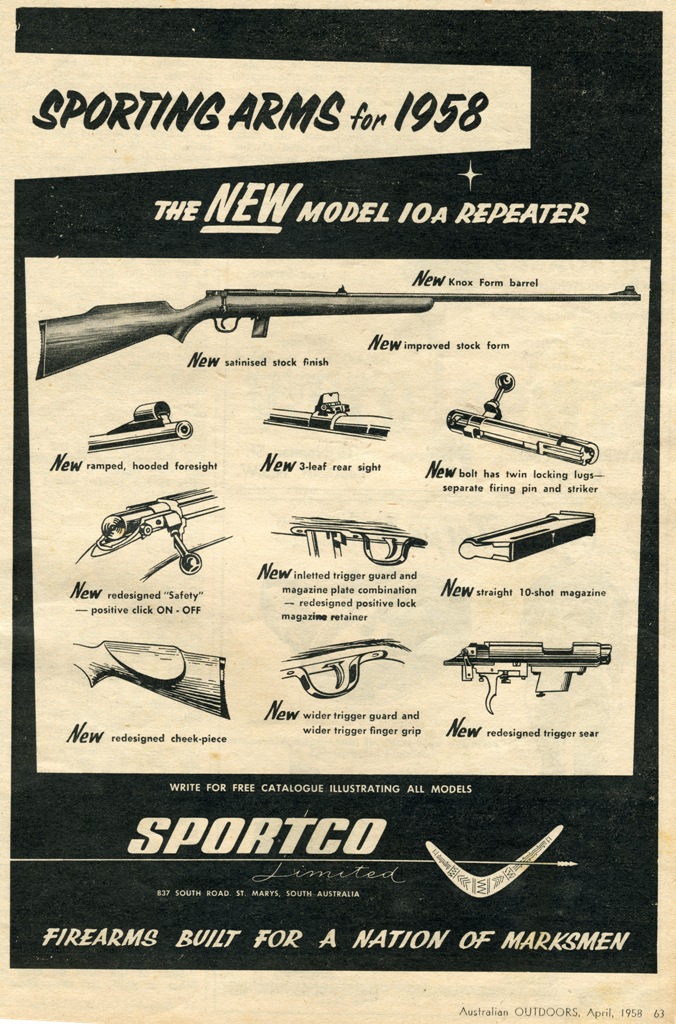 By 1957 the business was well established and Jack was looking for some way to diversify away from sporting guns. The conventional wisdom at that time said that sporting firearms would be legislated out of business within 10 years.

Jack decided that industrial guns (guns that shoot fasteners into concrete), maybe the opportunity that Sporting Arms was looking for. At least the technology and manufacturing methods for this product matched the core strengths of the company. And it served the then booming construction market.

This decision led to a manufacturing license with Omark Industries of Portland Oregon and eventually to a long-term contract for Sporting Arms Limited to make all of Omark’s fastening gun requirements for their worldwide market. As a result of this move, Sporting Arms became solidly established making both its sporting firearm line and making over 30,000 fastening guns per year for Omark.

At the end of 1966, Omark acquired ownership of Sporting Arms Limited in a friendly buy out arrangement.

In April of 1968, Jack Warne was invited to move to Portland Oregon to accept the position on General Manager of Omark’s Construction Fastener Division. Warne moved to Portland in June of 1968 on the understanding it would be a two-year adventure. One year later he was promoted to Group Vice President and given charge of 4 of Omark’s 8 business divisions. In 1971 he was again promoted to Executive Vice President/Chief Operating Officer of the parent Omark Industries. Jack Warne retired from Omark Industries in 1985 when it was acquired by Blount Inc. At that time he held the position of President/Chief Operating Officer.

One of Jack Warne’s major achievements during his tenure with Omark in Portland was to lead Omark into the sporting ammunition business. Omark’s fastening guns required lots of special ammunition and needed an independent source of it. Warne’s sporting firearms background was instrumental in leading the company into that field. He provided the leadership that resulted in Omark acquiring CCI, Speer, RCBS, Outers, and Weaver. During Warne’s tenure as Chief Operating Officer Omark’s Sporting Equipment Division grew from zero in 1968 to over one hundred million in sales when he retired in 1985.

One of Jack Warne’s main hobbies is designing firearms and accessories for them. At Sporting Arms he designed a complete line of firearms which captured 30% of the total Australian market at that time. He designed an excellent bolt action .22 rifle sold as the Sportco Model 62. It was very successful in Australia. He later licensed the design to Winchester who sold it as their model 320. Sporting Arms made 25,000 of these for Winchester in the 60’s. In the late 70’s Jack designed the Kimber Models 82 and 84 which his son Greg manufactured in the family company, Kimber of Oregon Inc. He also designed the Kimber .22 target rifle for the US Army. Just over 25,000 of these were made by Kimber for the US Army.

During his lifetime connection with the design and manufacture of sporting firearms an ammunition, Jack had experience with scope mounts on three separate occasions. Back in 1955, he designed a range of stamped steel mounts for Sporting Arms Limited. These proved highly successful in the Australian market. Then in 1975, the opportunity to acquire the Weaver line of scope mounts came to his desk at Omark. He led the acquisition of Weaver which proved in time to be one of Omark’s most profitable acquisitions. Later he acquired for Kimber of Oregon the design of a superb quick detachable scope mounting system from the late Leonard Brownell who was one of this country’s most famous and talented custom rifle builders. The Brownell line of mounts was very successfully made and marketed by Kimber of Oregon. 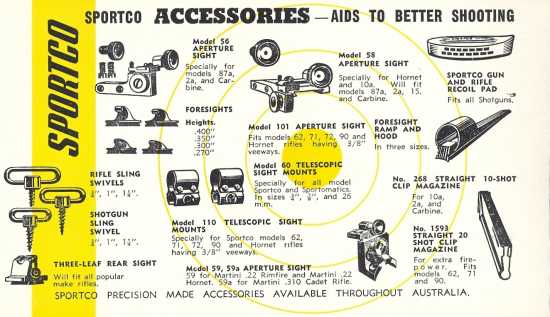 While the Brownell designed Quick Detachable scope mounts were exceptionally good looking and were functionally rugged and reliable they were difficult to manufacture and even more difficult to install. The Brownell mounts were made from investment cast steel which was machined and hand polished. The double lever quick detachable system was also quite difficult to make. After watching Kimber struggle with the manufacturing of these, Jack developed a revolutionary approach to the manufacturing and designed a new adjustable double-lever quick detachable system. The Warne family sold Kimber of Oregon Inc before these ideas were implemented.

After having developed and run a large manufacturing business in Australia for 20 years and after running a much larger one here in the US for another 18 years it is perhaps understandable that Jack Warne found that slowing down to the pace of retirement was extremely difficult. In early 1991 his entrepreneurial spirit led him to make a decision. He would make a small manufacturing business for the fun and challenge of it.

He wanted the new business to provide him with an office and a small business infrastructure. He wanted a small factory where he could perfect some of the manufacturing systems he had studied during his numerous visits to Japan. He also wanted a small factory where he could enjoy his designing hobby. He wanted to experience the thrill again of taking one of his ideas, developing it into a product line, developing the manufacturing system to make it and then finding a way to successfully establish a market for it.

He founded Warne Manufacturing Company in February of 1991 with the objective of designing, manufacturing, and marketing worldwide a quick detachable scope mounting system. He would focus on satisfying the needs of the informed shooting enthusiasts who make shooting sports one of their major hobbies.

Empty factory space was rented in Clackamas Oregon. Machine tools and other necessary equipment were purchased and a few key people were hired. Five major tasks were tackled simultaneously. They were to develop a basic business infrastructure, develop a product line, develop a market and distribution system and develop a team of competent people who could accomplish the company’s goals.

Since starting Warne Manufacturing Company Jack Warne has been asked many times… why scope mounts? His primary reason was his lifelong experience in the sporting firearms industry designing, manufacturing, and marketing. He is very well known in the industry worldwide and really enjoys his involvement in it. Scope mounts appealed to him because they provided an entry into the firearms industry without having all the regulatory restrictions that plague manufactures of rifles and guns. Scope mounts are classified as accessories and are therefore not subject to any of the industry’s rules and regulations. They can be shipped anywhere in the world without restrictions of any kind. Other considerations included – scope mounts are a neat thing to make. They are small, highly precise pieces that must be superbly finished. A set of scope mounts weighs just a few ounces and they fit in a very small package. These attributes make worldwide distribution an easy proposition. Another important feature is there complete freedom from product liability exposure. 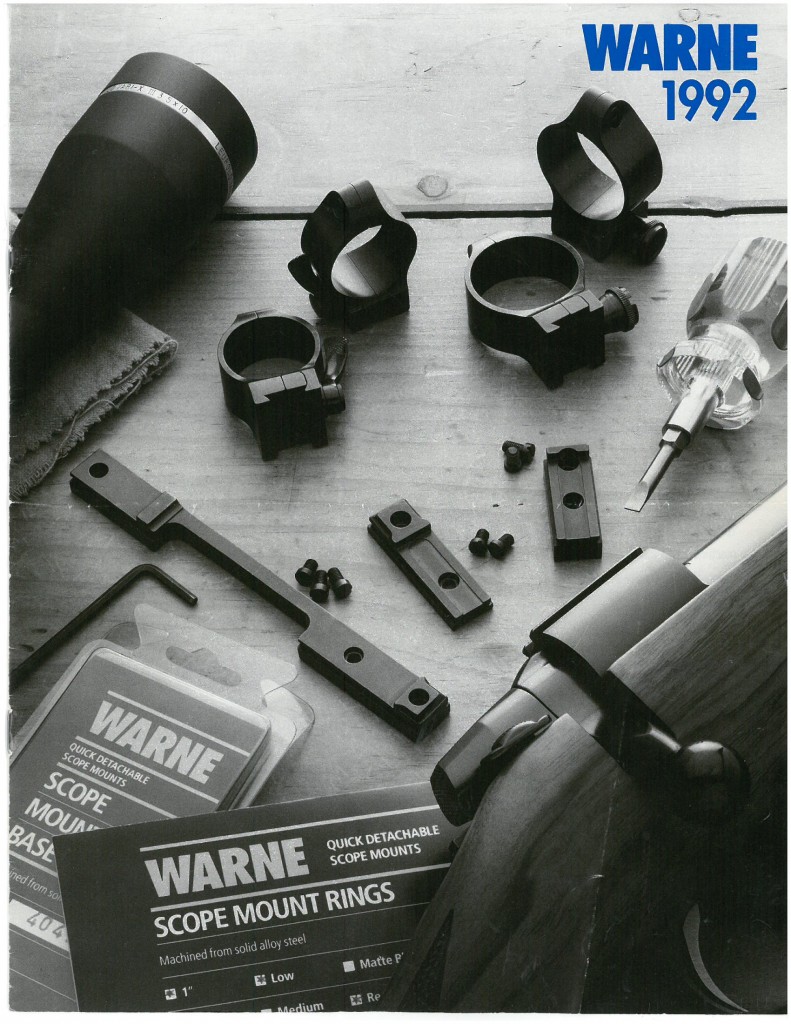 In January of 2013, Charlie sold the company to Daniel Goetz of Orange, CA. Dan brings over 30 years of lean manufacturing experience and demonstrated leadership to profitably build organizations. Dan says “I am very excited about the opportunity to lead Warne through the next phase of growth in this rapidly expanding company by focusing on enhanced customer service, internal process improvement, and innovative rapid product development.”

After over 29 years of development and growth, Warne Manufacturing Company is now a soundly established firearms accessory business. It has an excellent product line and has earned a great reputation for high quality, superb functional performance, and good looks. It has developed a list of solid customers around the world. Its manufacturing facilities are well equipped and very efficient for its size. It has a competent and loyal workforce and a good management team.

WARNE, Confidence in EVERY SHOT...