There are many misconceptions in the world about what a 20MOA base does. Many of those misconceptions stem from perceptions about what a 20MOA base is capable of providing, and when it is needed on a rifle. Many shooters who want to shoot long range automatically assume they need a 20MOA base, without fully understanding what the base does, or how it can affect their rifle and scope performance. The first piece to the puzzle is defining what “long range” is. We sometimes get customers who say they are shooting long range, when it turns out they are only shooting 200-300 yards. To some, this would be considered long range, to others it may be the starting point where their rifle will be zeroed. Truth be told, to define “long range” it will depend on the shooters perception of long range. For the purpose of this blog post, we will say long range is anything 600 yards and beyond. Since many rifle, cartridge and scope combinations start to reach their limit with a 0MOA base around this range. Your particular combination may differ, but this is a generalization to explain what a 20MOA base does. 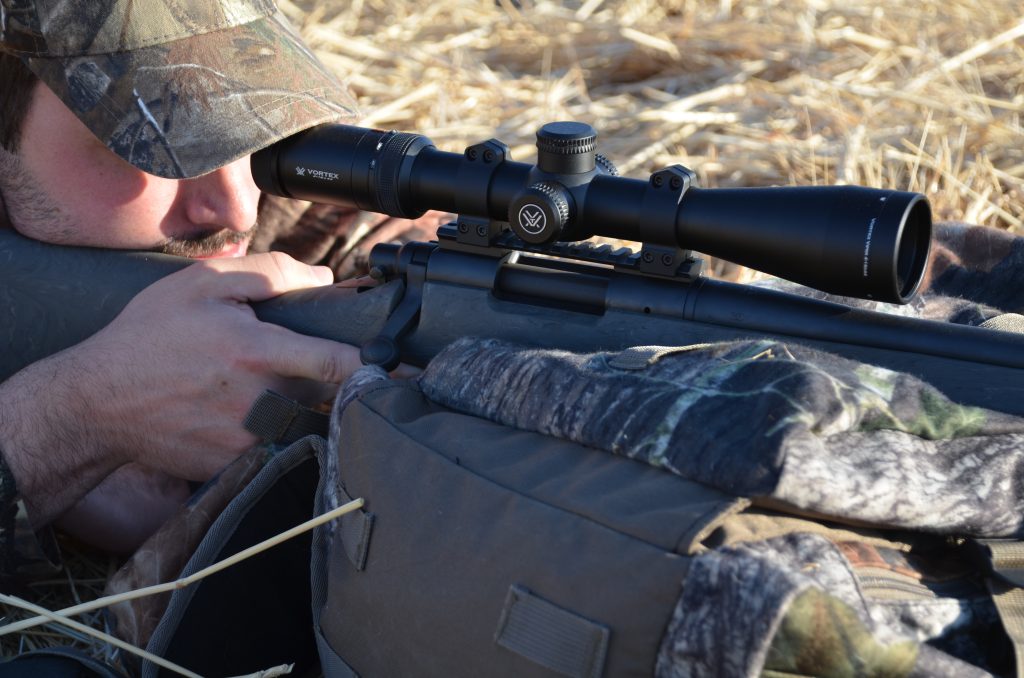 Why would anyone need a 20MOA base? A 20MOA base is only needed for certain applications. When a shooter is adjusting the elevation dial on the scope for ranges longer than what the gun is zeroed for, at some point, they will run out of elevation in the scope. In many instances this is around 600 yards, give or take. For example, if a shooter had a scope with 40MOA of total elevation travel, and the rifle was zeroed at 100 yards in the center of that travel, they would have 20MOA worth of adjustment both up and down. When the rifle is zeroed in the center of the scope travel, there is 20MOA worth of down adjustment that will never be used. In its most basic form, a 20MOA base allows you to use that extra 20MOA of travel in the scope that was not being used. So in this case, if the shooter had a 20MOA base, the rifle would be zeroed at the end of its elevation travel, and the shooter would have 40MOA of elevation at their disposal, allowing them to shoot longerdistances.

How does a 20MOA base work? A 0MOA base is considered flat, or level with the bore of the gun. A 20MOA base is canted down in the front toward the barrel. By canting the base down in the front, this is what allows for more usable elevation adjustment in the scope. To many shooters who are not familiar with the concept, canting a scope down in front sounds incorrect. They feel it makes more sense to them if the scope is pointed up. To help explain how this works, please take a look at the illustration below. 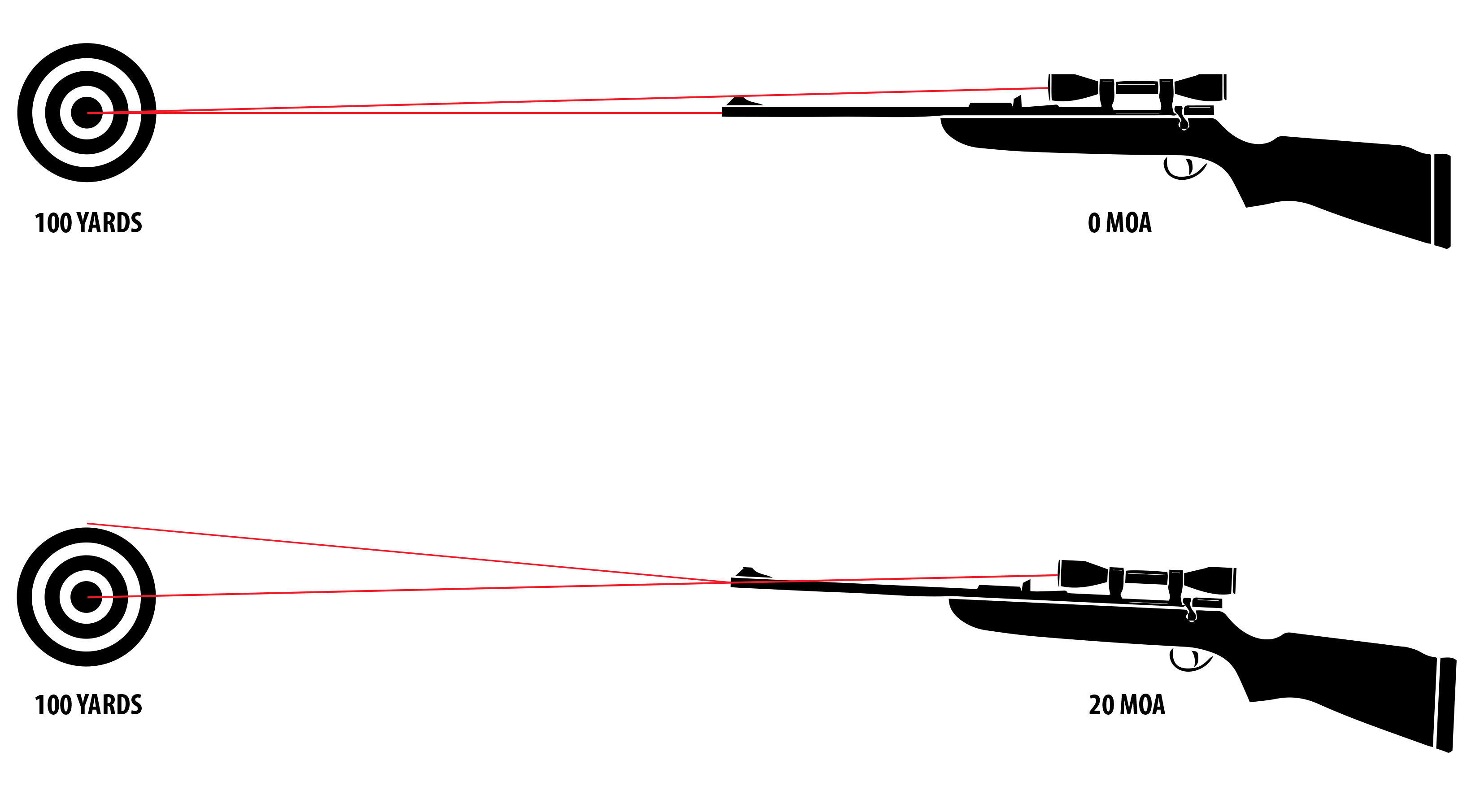 If we had a rifle with a 0MOA base, and there was a laser going through the middle of the scope, and the middle of the rifle bore that went forever, and lets say the rifle was zeroed at 100 yards, those 2 lasers would intersect at that 100 yard target. If we then changed to a 20MOA base, the scopes laser would be on target, and the rifles laser would be hitting the target 20 inches high. This is essentially how a 20MOA base works, since you are now hitting 20 inches high, you can dial the scope back so the rifle is zeroed at 100 yards again, and you have an extra 20 inches of elevation to work with.

A 20MOA base is not always the best base to use, depending on the rifle and its purpose. In some cases, the scope being used when being paired with a flat shooting cartridge, cannot dial the added 20MOA of elevation out to keep the gun zeroed at 100 yards. The rifle must then be zeroed to 200 or 300 yards. This will entirely depend on the combination of rifle, scope and cartridge, so it is important to know how much MOA of elevation travel a scope has when deciding whether or not to purchase a 20MOA base. In situations where a ballistic compensating reticle is being used for long range shooting, a 20MOA base may not be needed, because the shooter is not adjusting the elevation dial. Since the elevation is not being changed on the scope, a 20MOA base would serve no purpose. 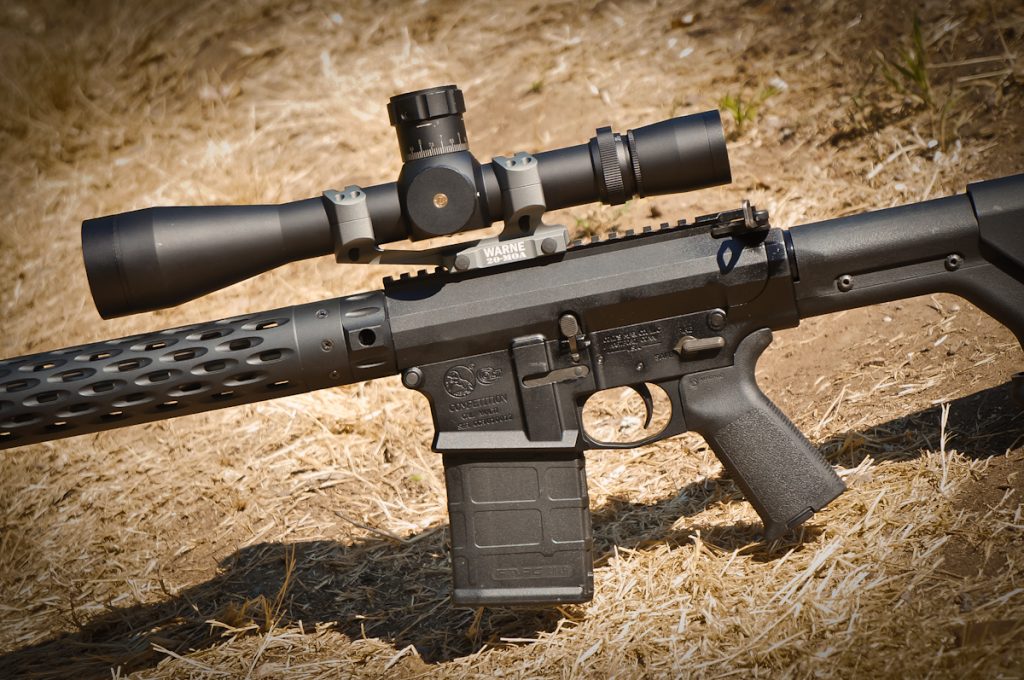 In 2015, Warne was able to extend the scope of 20MOA capabilities beyond picatinny rails with the introduction of the LRSKEL Mount. Utilizing state of the art technology, Warne is able to cut a 20MOA cant into the scope bed of the mount. This allows for a 20MOA mount while retaining all of the same dimensions and characteristics of the popular X-SKEL mount. Warne is expanding the possibilities of modern sporting rifles by offering a sleek, rugged, one piece mount with the rock solid reputation of the RAMP and X-SKEL, while targeting long range precision shooters. Read more about the LRSKEL mount Here.

In the current state of long range shooting, competition, and hunting, a 20MOA scope mount may be just the ticket for your rifle. Warne offers an extensive line of 20MOA picatinny rails for many popular rifle platforms. If you prefer a flattop AR platform rifle, the LRSKEL is an excellent choice to extend your range. If you are in the market for a solid, precise, American made 20MOA mount for your long range rifle,Warne Scope Mounts is your first and last stop forgoing the distance, and making every shot count.